There aren’t enough expletives to adequately describe how I feel about this human piece of garbage. He’s holding a press conference to deny all allegations and throw the women “under the bus.” I had to turn him off. He’s a liar. He’s disgusting. He’s pathetic.

It’s a pity the women can’t take him outside and beat the shit of out him. That’s what I would want to do.

“The independent investigation has concluded that Governor Andrew Cuomo sexually harassed multiple women and in doing so violated federal and state law,” James announced on Tuesday.

The investigation found that the governor specifically “sexually harassed current and former New York State employees by engaging in unwelcome and nonconsensual touching and making numerous offensive comments of a suggestive and sexual nature that created a hostile work environment for women.

The investigation determined that Cuomo and his senior team, on at least one occasion, actively worked to retaliate against a former employee after she stepped forward.

Cuomo’s administration, James said, “fostered a toxic workplace that enabled harassment and created a hostile work environment where staffers did not feel comfortable coming forward with complaints about sexual harassment due to a climate of fear.” 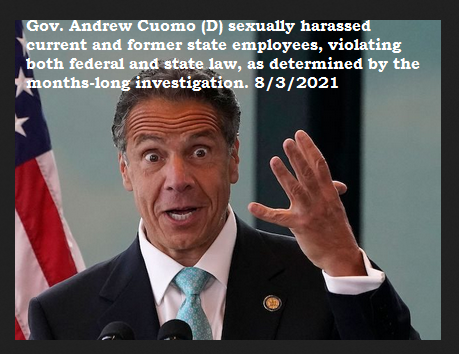 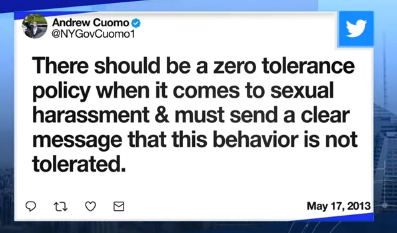