There was a time when I watched all of the Sunday morning political shows. My favorite was Tim Russert’s show ‘Meet the Press.’ Sadly, it was taken over by the nutjob whatshisname after Tim Russert passed away. I’ve not watched ‘Meet the Press’ since then.

This morning, I decided to watch Chris Wallace on Fox. Oh my! That was one huge mistake.

One of the things I have noticed about Chris Wallace is that he’s soft when interviewing Democrats, but he’s combative when interviewing Republicans. After 15 minutes of his nonsense, I turned off the TV. It’s just not worth it anymore.

Defund the police is always in the news. The Democrats want to cut back on police funding and hire more social workers. Really?

As a survivor of a violent crime that put three men in prison, I don’t care about talking a criminal out of committing a crime. I want a criminal dealt with swiftly and harshly. Shooting the criminal would be my first choice.

With Democrats refusing to prosecute the criminals of last summer, I’ve lost faith in our justice system in Democrat controlled cities. Just look at Chicago, home of Obama. How did that work out for the good people of Chicago? Not very well.

Fortunately for me, I live in a red city in a red state. We are safe for now. That could all change next year if Republicans kowtow to the mob.

Somehow, I don’t think that is going to happen.

2 thoughts on “Crime and Punishment”

“You own everything that happened to you. Tell your stories. If people wanted you to write warmly about them, they should have behaved better.” ~Anne Lamott

Please feel free to hang out, listen to some music, post a comment, or quietly pass by. Everyone is welcome here and I wish you all a good day. ~CE 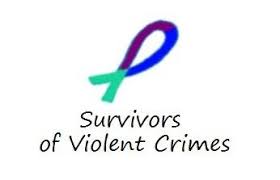