This was her first time for many things on that tenth day in May. It was her first trip to the Big Apple; her first Broadway play on the Great White Way; and her first Dirty martini, ever. Making the decision to turn off the lights, leave a key with her neighbor, and record a message on her answering machine that would tell callers she was off to fulfill her dreams meant taking a huge leap of faith.

She sat at the hotel bar rather than at a table. She might need someone to talk to and the barkeeper was perfect for the occasion.

As she crossed her legs, one could tell she was wearing seamed stockings – black – to match her peep toe evening heels. She wore her hair long and wavy simply because she liked it that way, and she rarely paid attention to those who said women of age should wear their hair much shorter. She was light-handed with her make-up, but one had to wonder how she ever found the perfect shade of red lipstick. She rather enjoyed creating her own style, and she embraced her sensuality.

Sitting at the bar, she chatted up the barkeeper about the hotel and its history … the famous writers who had met there once a week to discuss everything under the moon and the stars. She felt cheated, as if she had been born too late.

The barkeeper said he understood. Maybe he did or maybe he was agreeing with her in hopes of getting a better tip. He would find out later that she was very generous with her tips. She was not like some who would mentally figure out twenty percent of the bill and really leave fifteen. That was not her style, and she loved to reward good service.

A gentleman sat at the bar, three stools down from where she was sitting. He appeared to be old world or maybe he was from old money. It was difficult to tell, but not that it really mattered. He ordered a Scotch whisky neat, but then he changed his mind. Eyeing the martini glass, he said to the barkeeper:

“I will have what the lady is drinking, and perhaps she will join me for one more.”

She looked at the stranger sitting three stools down, lowered her eyes just a little, smiled softly at him, and in a voice he would find hard to forget, she accepted his kind offer.

Vision Of Love
by Mariah Carey 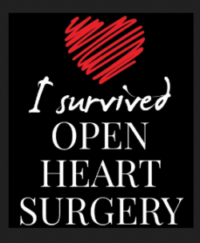