Way back in the day … I mean before some of you were even born … I moved to in a small southern town that supported dirt track auto racing. The women were way too pretty for their own good, and the men always had a wad of tobacco tucked in their cheeks and talked like they had marbles in their mouths.

Did I mention the men wore tight jeans?

I was the new girl in town. It was a small town and word got around fast.

“Hey! Did you meet the new girl in town? I hear she’s from the big city.”

Anyway, it was a friendly little town, and people were always inviting me here and there to meet other friendly people. That’s how I ended up at the dirt track.

Dirt track auto racing was a big Saturday night event, and half the town showed up to cheer for their favorite driver. People would come from miles away on dirt track racing night. As it turned out, there were other dirt tracks sprinkled throughout the neighboring towns. Once, we ventured as far away as Valdosta, Georgia.

The brother of a new friend had two friends who owned a dirt track race car. We were in high cotton because we got to watch the race from the back of a pickup truck down in the pits.

After each Saturday night race, we would head on down to the all-night diner for breakfast. I think the only time the diner stayed open all night was on dirt track racing night.

Did I mention how dirty everyone was after the race?

Being a squeaky clean kind of gal, I soon learned that a little dirt (or mud) on my face wasn’t the worst thing in the world. By then, I had learned to dress appropriately for race night: jeans, boots or thick sneakers, a long t-shirt with the number of my favorite dirt track race car on the back, a ball cap with my hair twisted up under the cap, and a bit more than usual makeup.

You had to be there to appreciate the look.

Two years later, I moved back to the big city. After a few road trips to visit my friends in Small Town, USA, we all moved on, some moved away, and a few passed away. My dirt track auto racing days had come to an end.

Last I heard, they torn down the all-night diner to make way for a four lane road that goes right through the middle of town. 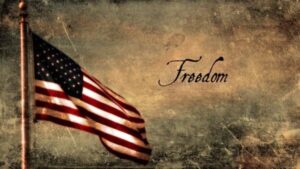