“To be nobody but yourself in a world which is doing its best, night and day, to make you everybody else means to fight the hardest battle which any human being can fight; and never stop fighting.” ~e.e. cummings

I’ve been reading and deleting old blogs that I didn’t want saved on my computer. Sounds silly, perhaps, but just knowing they were there gave me the creeps.

As I was reading, I kept asking myself the same question: Who are these people, and what gives them the right to judge me? After all, we’ve never met. We’ve never had a phone conversation. We don’t know one another!

As bloggers, we chat back and forth on each other’s blogs, and we assume that everyone is as real on the outside as they are on their blogs. Right?

I could very well be an Irish Setter typing on Catherine’s laptop from the backseat of an old station wagon heading down I-95 on the way to Disney World. A bit far fetched, I know. Catherine doesn’t own a station wagon, and she’s afraid to drive on the Interstate.

We share photos (some of us do), but who knows where those photos might end up? I’ve always been opposed to people posting photos of children. Do these people have permission to share them on the world wide web? I don’t share photos of my family simply because I don’t have their permission.

What about our blogs and the stories we tell – are they real? I would like to think so. I would like to believe that those who pour out their hearts are telling us the truth. To call someone a liar is to assume you know them on a personal level, which might not be true unless you have met them in person.

Phone calls bring us closer to one another, or so we would like to believe. Do we really know that the person on the other end of the phone is who they purport to be? Not always.

A few online events still haunt me. Writing about them hasn’t helped. Deleting blogs and comments is a good start.

As for Catherine, this really is her Irish Setter speaking on her behalf. She’s watching reruns of NCIS on CBS and asked me to post this blog for her. 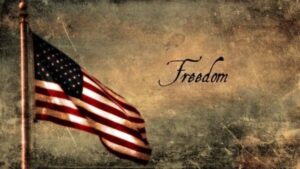 I’ve learned that most social networking sites are filled with gifted and amazing people. There are writers, photographers, poets, musicians, humorists, artists, political activists, chefs, gardeners, and the list goes on and on. I’ve met some good, kind, and decent people who come from every walk of life.

Please feel free to hang out, listen to some music, post a comment, or quietly pass by. Everyone is welcome and I wish you all a good day. ~ce